Whether you want to leverage your existing skills or make a bold career change, your military experience and training may make you an ideal candidate for a position in one of these government agencies:

The Department of Homeland Security (DHS)

If you were injured in the line of duty and are interested in a career with the Department of Homeland Security, you’ll be glad to know that they have special programs to assist you.

The Federal Emergency Management Agency (FEMA) is the division of Homeland Security responsible for coordinating the federal government’s response to both natural and manmade disasters. Careers at FEMA include everything from “boots on the ground” to office jobs. Opportunities are available across the U.S. and they include full-time employment, temporary employment,  and Reservist positions. Like most government agencies, FEMA offers excellent employee benefits.

The U.S. Customs and Border Protection (CBP) is a federal law enforcement agency within the Department of Homeland Security. It employs 60,000 people and it operates in these two capacities:

1.) The U.S. Customs Office – responsible for collecting tariffs and for controlling the flow of goods, animals, personal items, and substances, into and out of our country. The positions available include officers, agents, many types of support personnel.

2.) The U.S. Border Patrol – responsible for securing our international land borders and coastal waters between ports of entry. According to the agency, working as a Border Patrol Agent requires courage and compassion, and adrenaline rushes are part of a typical day . Border Patrol Agents receive competitive pay and benefits.  In addition to those highly visible positions, the CBP has a multitude of other career opportunities both on the front lines and in support positions. According to the CBP, the agency is an excellent fit for veterans.

The U.S. Department of State (DOS)

The U.S. Department of State (DOS) is the diplomatic wing of the federal government. It handles matters concerning foreign affairs with other nations and international bodies. Its primary job is to promote American foreign policy throughout the world. The DOS offers a vast spectrum of employment opportunities including both civil service jobs and meaningful positions at 270 posts overseas.

The Federal Bureau of Investigation (FBI)

The Federal Bureau of Investigation (FBI) Is the primary investigative arm of the U.S. Department of Justice. It operates within the U.S., is threat-focused and has both intelligence and law enforcement responsibilities. Working for the FBI doesn’t limit you to being an agent or forensic investigator. The variety of exciting career paths they offer is surprisingly diverse.

The Central Intelligence Agency (CIA) has no law enforcement function. Its primary purpose is gathering, processing, and analyzing national security information from around the world. Whether you want the challenge and excitement of working in a clandestine position, the predictability of an administrative job, an analytical job that requires intellectual rigor, or employment that uses your existing credentials in a fresh, new way, the CIA offers promising career paths for specialists and generalists in a multitude of fields.

Last, but certainly not least, it’s important to know that Federal Government jobs are filled according to different protocols than jobs in the private sector.

If you’re interested in a job with a federal agency or any other branch of the Federal Government, you’ll be encouraged to know that in many cases, veterans and their family members have a distinct advantage. The Veteran’s Employment Initiative was put into effect in 2009 to ensure that you have a strategic career advocate to help you have a successful transition to a rewarding new career. 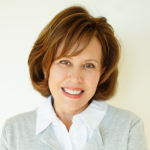 Caroline Sposto is a writer, actor, and the founder of Savvy Civility, an educational company that specializes in civilian role play training. She has a passion for the arts, education, and small business.