Changes to Tuition Assistance Benefits for Navy and Air Force

Tuition Assistance (TA) is more popular now than ever thanks to COVID, with most service members having a little extra time on their hands to focus on higher education. Because of this increase in use, changes have been made to both Navy and Air Force Tuition Assistance benefits.

The TA fund was underbudgeted in 2019, which caused caps to be applied in 2020 to recoup the mistake. For 2020, the Navy imposed restrictions such as barring use in the first two years of service, limiting annual assistance to $3,000, and more. But that isn’t the trend that the Navy wants to continue.

“One of the greatest benefits of serving in uniform.” –  Secretary of the Navy Kenneth Braithwaite

In his 100-Day Message, Secretary of the Navy Kenneth Braithwaite praised TA as “one of the greatest benefits of serving in uniform.” In an effort to continue the furthering of education to make the Naval Force more effective and well-rounded, Braithwaite said, “We have requested more funding for [this] program to prevent future funding shortages.”

Cmdr. Dave Hecht, a spokesman for the chief of naval personnel, said that while these additional provisions are slated to begin fiscal year 2021, “it appears we will be under a continuing resolution… [immediately] lifting the caps could result in a repeat of fiscal year 2019 when we exhausted TA funding in the middle of the 3rd quarter.”

Hecht said that reassessment of caps will occur throughout the fiscal year to determine when they can be removed. No specific deadline has been set.

Similarly in September, the Air Force also released changes to their TA benefits. Officials announced a drop in TA caps, from $4,500 annually to $3,750 as a measure to ensure fiscal sustainability and program availability. However, only 2 months later, the Air Force decided to restore the original AF Cool limits and TA cap of $4,500.

Of the reversion, Lt. Gen Brian T. Kelly said, “We are excited our members are taking advantage of their time under COVID to improve themselves and pursue education. The Department of the Air Force was able to reprioritize funding to encourage our service members to maximize their development through these educational benefits.”

Just as highlighted by Braithwaite, Chief Master Sgt. Of the Air Force Joanne Bass said, “Voluntary education and military tuition assistance programs continue to be important to the development of our force.”

This trend in increased TA usage is also mimicked in other branches of service. For example, the Army saw a 10% increase in soldiers using benefits in fiscal year 2020. If the trends seen in the Navy and Air Force are any indication, we may be seeing a rise in funding for educational related benefits moving forward. 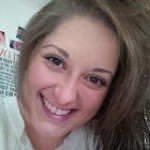